What is RAIN RFID?

RAIN RFID is a technology for a low-cost microchip designed for use in inventory and asset tracking systems. Everything we do at SimplyRFiD is based on RAIN. We wrote a bunch of cookbook recipes for using RAIN RFID to make your company the best over in our 'How To' area.

RAIN is a superset of the EPC Gen 2 UHF standard. I know, it's terrible to define one obscurity with another. We will build on this answer, below.

Revolutionize the world! Count inventory instantly! The leaders were Matrix and Alien.

2000 was a rough time with many competitors and new technologies coming out, daily. A lot of incompatibility between RFID tags and RFID readers.

Blank tags cost about $1 each and had a 40-60% failure rate. Still, retailers were desperate to stay ahead of the competition and tried everything to make the technology work. 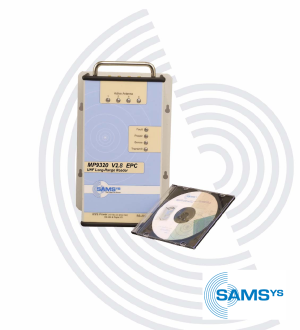 After about five years, the Matrix Class 0+ tag was performing amazingly. They had a dual dipole tag that worked. It was a large 4"x4", impressive tag! The dual dipole meant it could read on vertical and horizontal orientations making it much easier to read. About this time, the time the FBI visited us.

At the time, the FBI was using Alien technology tags. Performance-wise, the Alien tags didn't compare to the Matrix 0+ tags. Things changed every few months, and we had 'the goods.' We sold the FBI the Matrix RFID tags, which were very hard to get ahold of and the Samsys 'breadbox' RFID reader. Sidenote: Samsys command system was called 'Chump'.

Our favorite reader was the Matrix, but with Wal-Mart buying everything in sight, we couldn't get ahold of them. That's when we discovered ThingMagic. We liked the design of the M5 series reader. Nice metal case, big M5 logo. Fancy.

The Gen2 standard was released in 2004, but it was 2008 before hardware and tags started showing how good Gen2 would become. Tag failures dropped to 2-3%, read range consistency was up to 20'+ on most tags. Tag read speed was excellent.

The DoD started looking into item-level RFID for its apparel tracking. They contacted us and asked us to build a system to sell to 400+ military suppliers. We make it, compete to sell the RFID systems to pack item-level garments, and the DoD gets pre-tagged RFID products! Yay! 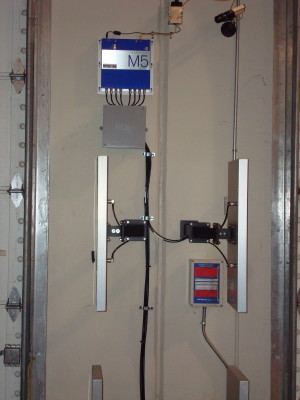 Things in RFID were starting to take off. And then...

2011: Round Rock Shuts down the industry

A patent company sues all the users of RFID and crushes our soul. Many companies disappeared. RFID divisions shut down. The industry stalled for several years. We lost a lot of money and a few years of our life. We leveled up our Warlocks in World of Warcraft. There was nothing else to do.

Impinj, Google, Smartrac, and Intel teamed to launch RAIN. The idea to be the 'Kleenex' of RFID. There needed to be an easier way to say "UHF Gen 2 EPC RFID". Like WiFi.

When you see the 'RAIN' logo -- you know it will all work.

There are more than 100 companies involved in the RAIN group today, including SimplyRFiD. Head over to RAINRFID.ORG to find out more.

RFID is the fastest way to keep track of your assets and inventory. Our Wave Inventory System is everything you need to track thousands of assets easily from just $1,795!